Yesterday we had to say our final good-byes to our furbaby, Bell. We’ve known for a while she’s been sick (diagnosed at Banfield in March with Kidney Disease) but after dropping off Rylie at preschool yesterday, I came home to Bell acting super strange.

It was like she couldn’t settle down. She kept roaming around the house and lifting up her back left leg like it hurt. After Taryn’s morning nap, I went to take the recycles out to the garage bin and caught Bell urinating on the floor RIGHT NEXT to the litter box.

At this point, I noticed that Bell was continuing to roam the house and was peeing every 5 minutes. At one point, she peed on the floor near the front door and that’s when I seen that it was a pink tinged color. I snapped a pic for the vet to see and cleaned it up. Meanwhile she went back out to her litter box and tried to get in.

She was lifting up her left front paw to try to get in and she just wasn’t able to lift it high enough so I picked her up and put her in the litter box. She barely peed again and then got out with my help. I put her in the cat carrier, grabbed Taryn, and went to go pick up Rylie from preschool.

Once we had Rylie, we made the trek to the pet hospital. Bell vomited in her carrier on the way there and her respiratory rate was pretty high. The vet took her back right away and came out saying she seemed like she was in distress. Her body temp was low and respiratory rate was super high.

The vet did his examination of her and then came in to talk to me. He asked some questions and I told him how Banfield had diagnosed her with kidney disease based on her blood work and they had seen her in March and then again in July.

Then he gave me the news I didn’t want to hear. She had cancer. It was a huge mass wrapped around her intestines. He started talking about options and how they could do an ultrasound to make sure it was lymphatic cancer, needle biopsy to get a piece of it to test, ultrasounds, chemotherapy, etc.

I just couldn’t do that to her. I didn’t want her to be in pain anymore. She’s an old cat, and has been with me since I was 18. I talked with the vet how I don’t want money to be the reason why I put her down, but that it was a lot of money for an unknown amount of time with her. He agreed that at this point, euthanasia was a completely appropriate course of action.

We signed paperwork, we said our goodbyes to Bell, we shed a lot of tears (Bell mostly just growled at us), and we left. I did NOT want Rylie to be there when they did the injection, and while I wanted to be there for Bell we just didn’t have anyone to watch Taryn and Rylie while it was being done.

It’s been weird without her here. I keep thinking I see her out of the corner of my eye. I waited for her yesterday to come up on the bed to get her pets, then realized she wasn’t with us anymore. This is so hard. 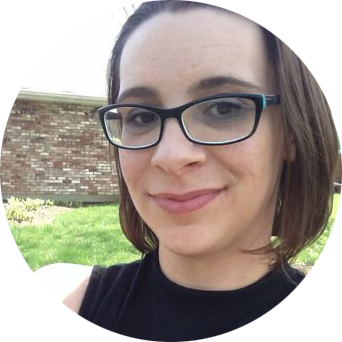 Hi There! I'm Shasta but I go by Mommy, Air Force Wife, Gamer, Blogger, Crocheter and many other titles.
Follow Simply Shasta on WordPress.com